Pentecostalism can be a way of staying African

We were really pleased to read the recent short report by Daewon Moon, Pentecostalism in African Christianity: the formation and scope of a distinctive spirituality. He identifies African Pentecostalism as a distinctively African way of being Christian. Not only does this have its own indigenous African roots going back hundreds […]

A Tanzanian answer to, Where does suffering come from?

Luphurise Mawere‘s latest podcast episode is some teaching she gave at the weekly women’s meeting she runs. This week the passage was Peter sinking after he took his eyes from Jesus. She asked, where do the waves come from? What about the hardships in your life? Her answer was that […]

Go ye and make disciples… in the cities: A vision for African campus ministry 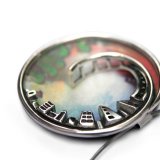 Go Conference, the TAFES national conference, was held in Mwanza for 2020. A standout session was from Dr Charles Sokile on the call to urban ministry, ‘Go ye and make disciples… in the cities and urban places.’ Dr Sokile is a governance and development expert currently working as the Tanzania […]

Tanzanians affirm again and again that there is no God like our God. None of the other gods compare to the Most High God. I have always thought that these were statements about God’s power but this week a friend helped me to see that this is also about God’s […]

There are no ‘comfortable shoes’ in Tanzania

An expat friend who has lived in Tanzania longer than I have mentioned the other day that she had been asked for the Swahili for ‘comfortable shoes’ and had found it weird. There’s a literal translation you can make (viatu vya kustarehe) except no one would ever say that. You […]

Is the prosperity gospel evangelistic?

A common critique of the prosperity gospel, and one I’ve been delving into a bit this week, is that it presents the gospel in a human-centric way: have faith in God and get all this great stuff. Someone once said, never has so much been offered for so little! There’s […]

A Bible study about being rich 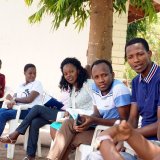 At TAFES Bible study this morning we looked at Proverbs 28. I was struck by how many of the verses were about the rich and not at all complimentary. For example: v.6 Better the poor whose walk is blameless / than the rich whose ways are perverse. v.8 Whoever increases […]