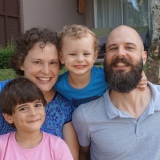 We knew our sense of not belonging in Australia would increase with each home assignment, and after almost 7 years in Tanzania, we are definitely feeling it. One big change is that people in Adelaide don’t see us as “one of them” anymore. We are outsiders. We no longer have […]

We have been in Tanzania 5 years. Which, since we said we’d come for about 10 puts us at the halfway mark. Yikes! Cos it feels like we haven’t really done anything yet! This is exactly what we expected of course. CMS talks to its workers about their 3 year […]

If I had New Years resolutions, my top one every year would be ‘keep learning.’ The world is big and fascinating and complex, with so much to be explored. Here are three things about my cross-cultural life that I’ve learned this year. In the next post I’ll share some things […]

A first visit to the mosque 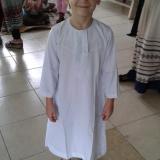 It was Wednesday and Elliot’s teacher informed me after school that he was part of the Eid Al-Adha assembly, and would need one of the long white Muslim gowns for it. Could I source one by Friday? I thought I’d seen them being sold at a mosque just around the […]

Have you seen this article doing the rounds? Aside from the assumptions that missions is (a) to unreached people groups and (b) that those unreached peoples are poor, Nik Ripkin raises some super important issues that can be considered beyond the immediate context he is addressing, which is persecuted Christians in […]

We knew several Wahindi in Dodoma, but the suburb we’re living in in Dar is chockers full of Wahindi. So, who are they? Here’s some of what we’re learning. Most simply, the Wahindi are Indian background Tanzanians. Many of them were born in Tanzania and their families have been here for […]