Prosperity gospel according to our bajaji driver

Our friend Eli the bajaji driver told me about how when he goes into the bank on a Monday to make his repayments, the officials of one of Dar Es Salaam’s most famous churches are there at the same time, depositing the offerings from Sunday. This church is renowned for […]

Pentecostalism can be a way of staying African

We were really pleased to read the recent short report by Daewon Moon, Pentecostalism in African Christianity: the formation and scope of a distinctive spirituality. He identifies African Pentecostalism as a distinctively African way of being Christian. Not only does this have its own indigenous African roots going back hundreds […]

Is the prosperity gospel evangelistic? 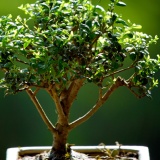 A common critique of the prosperity gospel, and one I’ve been delving into a bit this week, is that it presents the gospel in a human-centric way: have faith in God and get all this great stuff. Someone once said, never has so much been offered for so little! There’s […]

Where has an alternate prosperity theology come from?

After church on Sunday, a friend of mine mentioned that the kind of prosperity teaching I’ve been blogging about, which doesn’t neatly fit the western stereotype of prosperity gospel and which conceives of itself quite differently, is somewhat new in Tanzania. Often we hear of the prosperity gospel itself as […] 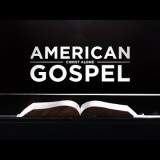 Windows into Tanzanian theology: bringing some Tanzanian voices into conversation with American Gospel

I watched American Gospel: Christ Alone this week after hearing a bit of chatter about it. It profiles the American prosperity gospel as a heresy and mentions that it is being exported overseas where it also damages vulnerable people. The only evidence given for the exporting is this famous assertion […]

It’s not the prosperity gospel

Luphurise Mawere, whose podcast I’ve written about recently, advertised in our networks her online financial literacy classes. She said, “the secret to change your financial situations lies in acquiring right skills, knowledge, strategies and tools that will help to make sound financial decisions.” The response from one senior TAFES associate […]