A friend of ours once likened South Sudan to Tanzania. He had visited South Sudan for a construction project, and looming large in his experience was the constant presence of armed men. As he spoke, he seemed to be describing a potential failed state, a hive of barely contained conflict, […]

Talking past each other about the ‘prosperity gospel’

How to combat the prosperity gospel, with Pastor John

Many of our Aussie partners would be familiar with our friend Pastor John and his family because Arthur mentioned them in his deputation sermon. This past weekend they visited us in Dar es Salaam for a few days and Pastor John asked me, “How was your time in Australia? Were people pleased to […]

What makes a serious evangelical response to prosperity teaching?

The so-called prosperity gospel has been a matter of concern in certain Christian circles for some time. The phenomenon doesn’t look like abating any time soon, and American evangelicals have renewed their opposition, with 9 Marks covering it at the beginning of 2014, and the Gospel Coalition posting throughout the […]

Checking our take on prosperity theology

A friend of ours is a Senior Lecturer at the Anglican Bible college in Dodoma and I asked him what he thought about western responses to the prosperity gospel. We feel we’ve been doing lots of learning on the topic of prosperity theology but we’re always keen to run it […] 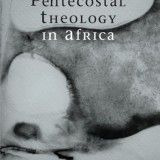 Last week we saw something of the character of prosperity gospel in Africa as described by David Ogungbile in his chapter in Pentecostal Theology in Africa. In his view though, it is not talk of prosperity which is the problem, but how it is used. He laments its individualistic wealth […]

The prosperity gospel is a hot topic. We’ve written on it and I’ve added to that in some comments over at The Gospel Coalition. David Ogungbile’s chapter on it in African Pentecostal Theology describes it: Thus, prosperity gospel preachers maintain the underlining factor of possessing the spirit of prosperity in […]