World Christianity and gender: thoughts prompted by the commissioning of the children’s ministry team

We were at church for the commissioning of a new children’s ministry team. There were all the usual Tanzanian positions: head teacher, teacher, secretary, treasurer, etc. The entire team was women, and the pastor commented on why. Men were not excluded from being on the team, he said, but none […] 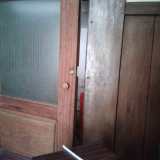 Yesterday I had a meeting at Elliot’s school. He’s fine, there are just some extra strategies to implement at home. And I came home and could not cope with my life. Dinner was avocado on toast. Arthur got the boys through the bath. We aborted family prayers halfway through. I […]

I’ve been benefiting from listening to a Swahili women’s podcast ‘Wanawake wa Imani‘ (Women of Faith). One of the recordings is a talk on John 4, Jesus’ encounter with the Samarian woman at the well. I was especially encouraged by the comments made about the bit where the woman asks […]

What Black Panther possibly teaches us about gender hierarchy and equality

I haven’t seen Black Panther yet. Though Dar has movie cinemas, we don’t have people to look after our kids so we can go! I’ve been following a bit of the coverage though, and was interested to see Trevor Noah make some casual comments about how gender hierarchy and equality […]