Wrapping up The Bible and Wealth: ‘It is possible’ 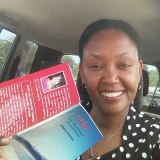 The final section of Biblia na Utajiri is about focus, and it summarises a number of the themes of the book so far, including the importance of wisdom, and the necessity of not despairing or giving up. Ufoo begins by using the example of a photograph where the focus is […]

Part 3 of Biblia na Utajiri is about the opportunities to become wealthy. Ufoo is at pains to argue that it is actually possible to have a measure of wealth. She uses the image of earth: even if you have a small plot of land, if you build up, into […]

“The Bible and Wealth” part two: What requires you to be rich?

Last time I said that part two was entitled ‘Why do you want to be rich?’, but the nuance in Swahili is a little different to that. It’s more like, “Why are you wanted to become rich?” or “What is requiring you to become rich?” This is an important distinction, because […]

Apparently the prayer of Jabez is about loving your neighbour!

Jabez was an obscure and little known Old Testament figure until Bruce Wilkinson used him for his famous book ‘The Prayer Of Jabez: Breaking Through To The Blessed Life’. Wilkinson’s premise is that God wants to bless you, if only we invite him to do so in the right ways. […]

“The Bible And Wealth”: a Tanzanian book about prosperity, part one

Back in July at a TAFES event I bought a copy of ‘Biblia na Utajiri’ (The Bible And Wealth), which was written by Ufoo Kassa George, a businesswoman and TAFES Associate. I haven’t finished it yet, but the really exciting thing for me is that much of what Ufoo says […]