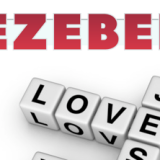 I was waiting for this day. The day when my favourite feminist blog Jezebel discovered CBMW. Hugo Schwyzer’s a thoughtful writer but I confess I did feel a little sorry for CBMW — they just have such a PR problem! Take Schwyzer’s quote about their fight against ‘feminist egalitarianism’. That’s […]

The gender debate on Her.meneutics

Her.meneutics has just done a series on ‘the gender debate’ in evangelical Christianity. Here’s the intro: Submissive wife and president of the United States — an oxymoron, if you ask many journalists analyzing the faith of 2012 hopeful Michele Bachmann. …. Journalists have spent days analyzing her response, seemingly baffled […]

New Calvinism is a phenomenon in American Christianity. Now its proponents want to take it offshore, claiming inroads in the UK, Australia and South Africa. Can it become a truly international movement, a movement that is cross-cultural and culture-portable?

There were several issues arising from the conference. This is less about the conference or its speakers than questions that we’re left with.

We were at the Equal and Complementary conference yesterday. Fiona McLean was addressing what a complementarian viewpoint might mean for a woman, and we found her the most helpful of the speakers: her presentation was quite warm and engaging, her content was pretty thorough and nuanced, her tone was reasonably irenic, and she […]

Today we had Brian Rosner from Moore College give us a lecture on 1 Corinthians. He’s got a commentary coming out so he was telling us about the distinctives of his argument there and then we got to ask him any question we wanted that had been raised for us in […]

On the way back from our recent trip to Adelaide, Arthur and I listened to this talk by Matt Chandler of Village Church on sanctification in marriage. The ‘sanctification’ bit is pretty thin on the ground, as is his exegetical work at times. And the first 10 mins of the […]