The tiny humans who teach me about God 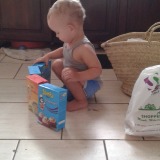 When Elliot turned one, he was given a shape sorter for his birthday. Despite our best efforts to interest him in it, he never played with it. But 4 years down the track, it’s getting a workout. Our little Callum loves this kind of play. Clearly a different character to […] 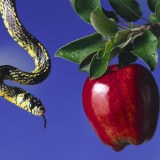 A component of the Missiology part of our intercultural studies is ‘Living Faiths’, where we look at current religions to gain a better understanding of them and how Christians can interact with people from these sorts of backgrounds. We looked at animism and African Traditional Religions (ATR) this week. The […]

This is a continuation of the discussion about Genesis 1-2. Below I’ve taken another angle on the story, focusing on the man. Along the way, I’ll interact with Richard Hess’s contribution to Discovering Biblical Equality. One of his summary statements, “unity in personhood and diversity in gender”, aligns with the […]

One of the things I think was missing from my ‘On Femininity‘ paper was a decent discussion of what being a ‘helper’ looks like. I made a passing comment about God as our helper and that this isn’t about being passive but then spent most of my time unpacking what […]