Will Red Twin ‘be looking down on us’? 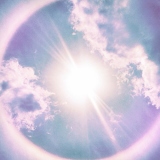 Many readers of our blog would already know that Red Twin is dying of cancer. She was diagnosed just before Christmas last year and after multiple surgeries and some of the best groundbreaking medical treatment available, she is likely on the home stretch. I use that phrase intentionally, because this […]

I recently learned that in 2008, the people of Earth hit a new milestone: we became ‘majority urban’. Over half of us now live in cities. Tanzania, where I live, will be majority urban within the next 10-15 years, and being a university minister invests me in that emerging reality. Australia, where I’m from, is overwhelmingly urbanised, […]

The good news about the bad news

Someone I love and respect told me the other day how horrified she was by the claim she’d heard some other Christians make that those who did not believe in Jesus Christ were destined for Hell. To her, that was the essence of tearing relationship apart, to pass judgement on […]

The world’s most powerful ideas

…Well, I’d like to think!   It’s a bit keen for a holiday reading list, but here are some of the books I’ve picked up recently.

Food for the future (RRoundup)

Today we finished our early church history subject (30-451AD).  Here are  some of the big ideas from the course.  It’s taught by Rhys Bezzant, who’s also starting up the Jonathan Edwards Centre Australia. All aboard for Post-Christendom The world has changed already.  The Western church can no longer count on […]