Signing up as missionaries: why CMS?

This coming week, we have our final interviews with CMS Australia. Technically, this is the chance for either them or us to pull the plug; in reality, it’s more like a great opportunity to affirm our partnership and plan for the future. But hearing that we were having yet ANOTHER […]

How do Africans read the Bible? 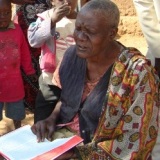 This weekend I started Philip Jenkins’ fantastic (and very readable) The New Faces of Christianity: Believing the Bible in the Global South. He traces the issues that have divided the global Christian world in modern times: gender, sexual morality and homosexuality, and looking for reasons for why ‘the West’ and […]

Get ready to laugh: ‘Ken Lee’ 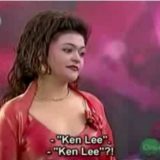 One of the first activities we did when we got to St Andrew’s Hall was to do a DISC profile. Obviously these sorts of tools are open to all kinds of abuse but for our group, it showed up something very interesting: almost all of us identified ‘I’ as either […]

A few years ago, I wrote a series for this blog on weakness. I was coming at it from feeling reasonably competent in the tasks given to me and trying to work out if that was OK. My question wasn’t about whether I was competent enough to do what God […] 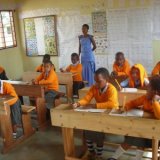