What is old paradigm mission? 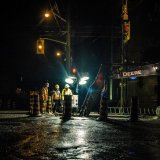 I’ve previously talked about a divide I’ve seen in Australia between local mission and global mission, with the result that global mission either gets left off the agenda, or makes an attempted revival in traditional terms. That’s the reason why I was critical of Tim Chester’s new introduction to world […]

When your hero is not John Piper

OK, so it’s a provocative heading. It’s based on the title of this article. I’ve got nothing against John Piper. I’d be hesitant to describe his preaching as a ‘monumental event’ but if Facebook promotion is anything to go by, he’s been helpful to stacks of people in our day […]

Is repentance in vogue?

Women on the Cutting Edge

According to Darrin Patrick, what’s missing in mission is men who will church plant. In Melbourne, the call has gone out to men to lead the charge. That’s not to say women are unimportant – Piper acknowledges that women have been faithful in mission all along, even as he argues […]

Some of my mates are pumped! John Piper is much loved in Australia for his exalted preaching and heartfelt piety. He’s a publishing machine and is ubiquitous online. More than 3200 people are seeing John Piper speak tonight in Brisbane. Then, this weekend, others are heading to Sydney to hear Piper at […]

Thomas Chalmers lived slightly later than John Owen but he was a Puritan as well. The purpose of Thomas Chalmers’ The Expulsive Power of a New Affection is to show that “the rescue and recovery of the heart from the wrong affection that domineers over it” is best accomplished by […]

Rob Bell is releasing a new book, Love Wins, raising the question of universalism. He’s been censured with astonishing speed by a string of American evangelicals, like these two at the Gospel Coalition. One guy has even written an embarrassing point-by-point refutation of — guess what — the book’s promotional video. How […]