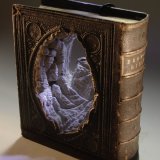 What do you make of this image? Where does it take you? City Wonder (introduction/all posts) is a series of visual meditations on the city, exploring themes like creativity, ecology and decay/renewal. Each image is a window into a realm or mindframe; an invitation to an ethos or concept; a meditation on histories […]

I recently learned that in 2008, the people of Earth hit a new milestone: we became ‘majority urban’. Over half of us now live in cities. Tanzania, where I live, will be majority urban within the next 10-15 years, and being a university minister invests me in that emerging reality. Australia, where I’m from, is overwhelmingly urbanised, […]