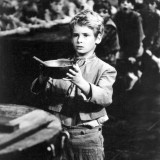 In the previous two posts, I’ve raised some issues to do with dependence. In an attempt to avoid fostering dependence, we may too easily become task focused, treating people as projects rather than, well, people. But avoiding dependence is motivated by recognising the full dignity of other believers. So where […]

On dependence: doing yourself out of a job

Yesterday, I observed that the opposite of dependence is not isolation but having something to offer. In our case, that means recognising that national church leaders are often far more effective in mission and ministry in their national context than missionaries. (We are expensive, for a start, and often have […]

On dependence: what is it?

The question of dependence is a critical one for engaging in any sort of cross-cultural partnership. In the nineteenth century, CMS’s Henry Venn came up with three marks of a mature church: self-supporting, self-propagating and self-governing. Though he planted churches in west Africa, he believed that autonomy was key to treating […]