Another Tanzanian sermon about money

We’re into week six of sermons about money at church. It turns out our pastor has almost as much to say about money as Jesus did! This week was the third on tithing. The passages were Haggai 1:9-13 and Malachi 3:10, and he did all the things that Aussie evangelicals […]

How to not become a relativist in cross-cultural work 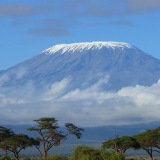 You hear stories from time to time of missionaries who become pluralists relativists. I can see how it happens. It might be that you go into another culture with the idea that you’re bringing something unique, only to discover that it’s already there. Red Twin tells me that it’s a […]

On dependence: doing yourself out of a job

Yesterday, I observed that the opposite of dependence is not isolation but having something to offer. In our case, that means recognising that national church leaders are often far more effective in mission and ministry in their national context than missionaries. (We are expensive, for a start, and often have […]

The good news about the bad news

Someone I love and respect told me the other day how horrified she was by the claim she’d heard some other Christians make that those who did not believe in Jesus Christ were destined for Hell. To her, that was the essence of tearing relationship apart, to pass judgement on […]

God in a box

Tonight’s Grey’s Anatomy / Private Practice double episode had a fascinating God-thread running through it. The basic plot is that Addison’s brother has what looks to be terminal brain parasites so she flies him to Seattle so that her ex-husband and best neuro-surgeon around, Derek, can treat him and there […]