The seasons are changing again 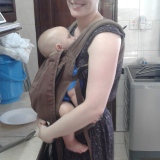 In our backyard, the teak and custard apple trees are greening again after losing their leaves in the cooler season. The ground is bone dry as we await the big rains. (Normally we expect them at the end of the year but with climate change the seasons have become more […]

Lessons learned at a dowry/engagement party 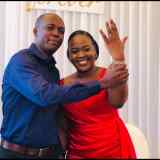 Last weekend we had the chance to go to a mahari(dowry)/engagement celebration. In the past we have been included in the church service where the ring is put on and the party afterwards. However, this time the ring ceremony was to happen on the same day as the dowry. We […]

What I learned from leading aerobics in Tanzania 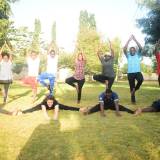 TAFES has been having its annual month-long Staff Orientation and Training camp (SOT) in September and I was asked to conduct morning aerobics on weekdays. I jumped at the chance as it is a not-so-secret ambition of mine to become a fitness instructor one day. It was considered a valuable […]

Prosperity gospel according to our bajaji driver 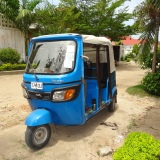 Our friend Eli the bajaji driver told me about how when he goes into the bank on a Monday to make his repayments, the officials of one of Dar Es Salaam’s most famous churches are there at the same time, depositing the offerings from Sunday. This church is renowned for […]

On 15 years of marriage, half in Tanzania 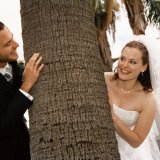 On Thursday Arthur and I were married for 15 years. One of the TAFES staff told us this milestone makes us senior people, though most uni-educated Tanzanians get married when they are much older than we were so maybe in our case the seniority does not quite align! He also […] 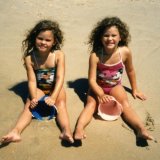 I recently got access to some videos Red Twin made while she was in Central Asia. I’ve been watching them and will watch some more tomorrow on the 3rd anniversary of her death. The first video I watched was her telling about a fabulous night out she’d had, one where […]

A faith bigger than mine

Our friend Eli had just invested everything he had in a fruit farm – 3 years to come to maturity. No worries, he thought – he has stable work as a bajaji (like a tuktuk) driver. That will provide for his family and when the farm matures they’ll be on […]