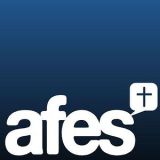 I came to EU (as the Australian Fellowship of Evangelical Students group at the University of Adelaide was called in 2001) because my Dad knew the staffworker and said it’d be good to go, so I signed up for Commencement Camp even though I knew no one. The lasting impression I […]

An article for AFES PrayerNet Get set to pop the corks and pump up the volume. World Student Day (#ifeswsd) is celebrating what God doing in universities all over the world! Help your campus group join the party by getting up to speed with what’s going on.

My highlight of NTE

Last Friday I wrote on Facebook I couldn’t be in the main sessions or seminars so most of my NTE experience revolved around the strand group Arthur and I were leading. It was Strand 2, which means our people had been to NTE once before (and obviously come back for […]

Strand groups are a key part of the AFES annual conference, National Training Event. Spending 12 hours looking at a few Bible verses probably sounds boring, right? But strand groups should be engaging, encouraging, and inspiring. After we ran a strand group in 2010, here are some reflections followed by four tips.

What is the gospel? Is it Jesus as saviour or Jesus as Lord? The cross or the resurrection? Salvation from wrath or a glorious new hope? Well, it’s all of the above, isn’t it? Don Carson noted in his second talk that Paul’s definition of the gospel has a focus […]

The theme for this year’s NTE was ‘Entrusted with the Gospel’, with Don Carson as the keynote speaker (though Richard Chin opened and closed the conference). The first thing to say is that The Don was heaps better than when I saw him in Melbourne earlier this year. He was […]

Arthur and I have just got back from AFES‘ National Training Event. We both went several times as students but this was our first time back in a while. Arthur’s going to post about leading Strand Group and I’ll be posting my reflections about NTE as a whole over the […]