The kindy welcome, and individual vs collective cultures 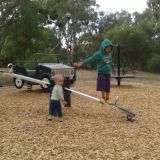 Arthur and I have been trying to put our finger on why kindy drop off is so different in Australia. At his new kindy, Elliot enters, signs himself in, hangs up his bag, puts his hat on, and goes off to play. What’s unusual about that? Contrast that with his first […]

Hearing my TCK searching for stability

We are in Australia again, somewhat unexpectedly. And I find myself parenting TCKs through transition once again. Except we don’t know how long this stint will last for, which means I can’t use my go-to strategy for making things concrete, that is, having a countdown. There are the initial transitions, […] 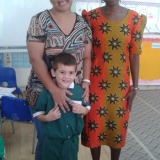 Elliot changed nursery schools recently. At first we were motivated pragmatically: because of our religious and cultural background, we would be unlikely to get him into the primary school we wanted (read: affordable without being an hour away from home) unless he was already in the nursery school. But then, […] 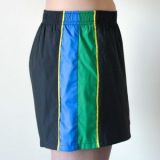 We were at our friends’ place and they also had some younger people over. It was 3pm, so lunch time, and I gave Callum some roasted (plantain) banana. All of a sudden I realised these young people were staring at me, and remarking to one another. They started looking jumpy, […]

On Mondays over the next few weeks for something a bit more lighthearted I’ll be posting some very short anecdotes of cross-cultural moments from the last little while. Here’s the first one. Just before Elliot went on school holidays we were talking about playing soccer and he said, “Girls don’t play […] 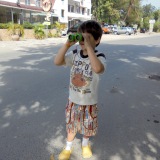 When you parent cross-culturally, you lose any sense of what is ‘normal’ at what age. Elliot is different to his Australian peers and to his Tanzanian peers, but I don’t even have a good sense of what Aussie mums would think is ‘normal’, and we don’t have many opportunities to hang […]

What is this song? 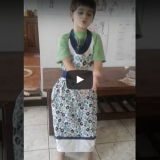 Elliot has started preschool at an English-medium school where there seems to be a whole lot of Swahili going on. We’re not sure of the exact balance or how much he’ll pick up of what. Since he started 2 or 3 weeks ago, we have been puzzling over the words […]