Some missiology for campus 1: Evangelism

I recently wrote something for Ethos about university ministry. Part of what was driving the article was my interest in improving our evangelism. ‘Participation’ isn’t just a good witness in its own right, it also promotes evangelism. The four articles by Tim Keller and Michael Keller (starting here) were dealing […]

Doing 2 Timothy yet again, for the first time: Feet 2 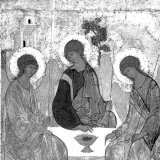 Let’s continue the previous thought about the people-intensive scale and scope of ministry. Imagine you’re the perfect church attender. You hear at least 52 sermons a year. In 10 years, that’s 520 sermons! Yet would we expect to see 520 changes in your life?

Doing 2 Timothy yet again, for the first time: Feet 1

2 Timothy is a staple text for Australian evangelical Christianity and for many university ministries. It’s about mentoring, fidelity, endurance, and ‘gospelling’. It’s a text I’ve heard preached on time and again, especially in pivotal, rite-of-passage events such as national conferences and ministry camps. And then it was my turn to expound […]

When our lampstand isn’t quite where we thought it was 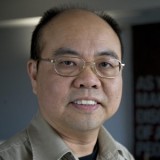 Over at Movements.net, Steve Addison has a cutting little post entitled Celebrating 100 years of missional fog. Apparently 18 major missional leaders in the USA were interviewed, and only half of them drew a strong connection between the mission of Christ and discipleship. What this reflects, according to Steve, is […]

One of the highlights of Tim Tennent’s Invitation to World Missions is chapter 5, in which he discusses the Great Commissions — in the plural. In the Four Gospels, each writer records a final post-resurrection saying of Jesus, but each saying is different, and is even attributed to a different […]

Motherhood as Spiritual Practice is the second in Seedbed‘s ‘Spirituality for the Streets’ series. This short collection of reflections took me less than an hour to read and I take it that’s intentional – it’s aimed at the busy mum. The premise of the book is that on top of […]