Kuyperian secularism and the persistence of dualism

Over at the new Comment magazine, I’ve just read the latest article by editor James K A Smith, Naturalizing Shalom: confessions of a Kuyperian secularist. It makes for a fascinating little case study after talking about mission as transformation.

Evangelicals and the fundamentalist tendency 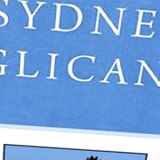 I recently wrote a review of Michael Jensen’s book, Sydney Anglicanism: An Apology (Wipf & Stock, 2012). The questions being asked of Sydney Anglicanism are good questions for any evangelical Christian, and the book prompted some further reflections for me. The nature of evangelicalism is something that Tamie and I have been […] 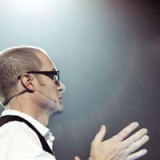 In 2010 we hosted a debate for our theological college: Will the real Mars Hill please stand up? The debate invited the audience to compare and contrast two well-known American megachurches and the leaders behind them, Rob Bell and Mark Driscoll, whom we saw as representing powerful and differing forces […]

Winter on Transformation for both the majority world and the west

I’ve been reading late missiologist Ralph Winter‘s essay on predictions for Evangelical missions. He traces a loss of social conscience in evangelicals from the latter part of the 19th century and into the 20th. Think the difference between Wilberforce or the early Temperance movements and the ‘just save souls’ emphasis […]

We’ve just got back from Summer Encounter 2012, the CMS South Australia conference, at which Lindsay Brown was a keynote speaker. His roles have included the International General Secretary of IFES and International Director at the Third Lausanne Congress on World Evangelization (Cape Town 2010). Lindsay shared a series of […]

When your hero is not John Piper

OK, so it’s a provocative heading. It’s based on the title of this article. I’ve got nothing against John Piper. I’d be hesitant to describe his preaching as a ‘monumental event’ but if Facebook promotion is anything to go by, he’s been helpful to stacks of people in our day […]

I’m about to finish a graduate degree in Christian theology, the MDiv. Having a background as a high school history teacher leaves me with some particular reflections on the journey. When it comes to theology classes, the textbook I’ve been recommending is Alister McGrath’s Christian Theology: An Introduction (see prices). Here’s […]