On faith and power in Tanzania and the West

We in Tanzania have faith, but not power. People in Ulaya (the West) have power but not faith. But Luke says the good news is that God gives us faith and power. These are the intriguing words of Canon George Chiteto, one of the chaplains at St John’s University, as […]

The Wagogo, colonialism and independence

Mnyampala notes that life for the Wagogo changed significantly with the coming of colonialism. Even naming is significant. Prior to colonialism, the inhabitants of Ugogo still primarily identified by clan; to speak of the Wagogo as a tribe was an artefact of colonial organisation and labelling. Aside from being drawn into European conflict […]

Including the Middle in Tanzania: Jesus as Lord (of me)

We’ve already looked at Jesus as Creator (and therefore conqueror) but the question remains: if Jesus is so powerful, why doesn’t the name of Jesus ‘work’ or ‘win’ every time? Why do Tanzanians so often experience the spirits as more powerful than Jesus? The typical evangelical answer is that we […]

Including the Middle in Tanzania: Jesus as Creator 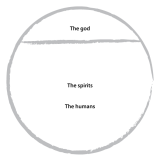 An excluded middle denies the presence or at least the power of the spirits. Animism, on the other hand, seeks to control a situation by means of the spirit world: you need to have the most powerful spirit in order to get what you want. One way of viewing Jesus […]

Including the Middle in Tanzania: introduction

As Tamie and I prepare to move to Tanzania, we’ve been trying to get a sense of the religious world of East Africa. ‘Animism’ — the world of tribe and tradition, of folk religion — is an ever-present background to religious life in Tanzania, whether Christian, Muslim or otherwise. One […]

A term that gets discussed quite a bit in missiology is the ‘excluded middle’. This short article explains it better than me but it’s basically the idea that our western categories of ‘natural’ and ‘supernatural’ are too binary for the reality of the world. There’s more overlap between the spirit world […]