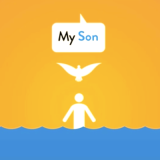 What’s the story you tell about yourself? In this series we’ve looked at three ‘iCatechisms’, digital summaries of Christianity: Two Ways to Live, ‘the big story’, and 321. Each of these iCatechisms takes a slightly different angle, but let’s return to a question I’ve been posing: why take one angle and […]

Here’s the final of our iCatechisms for now. 321 was released one year ago by Glen Scrivener in the UK. 321 is designed as a catechism with evangelism in mind, not the other way around, so it’s less dependent on a hook for outsiders.

Last time we looked at a tool widely used in Australia, and the next of our ‘iCatechisms’ has the same basic approach — but with a few big tweaks. It’s dubbed ‘the big story’ and has been developed by James Choung, who is currently the national director of evangelism for […]

A series about digital summaries of Christianity Last time I asked if forgiveness is the best story we have to tell, and now I want to show you three bite-sized versions of what we believe. Each one has a different angle, with its own pros and cons, and each one […]

Is forgiveness the best story we have to tell? 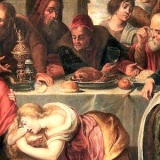 He breaks the power of canceled sin, He sets the prisoner free; His blood can make the foulest clean, His blood availed for me! This classic hymn is all about the problem of sin, and its solution, the great Saviour Jesus. It’s a real celebration song, and when Charles Wesley […]