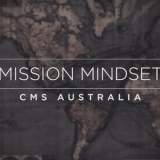 At St Andrew’s Hall, the learning centre for CMS Australia, our friends have just launched a six-part video course called Mission Mindset. The course outline begins, Rather than seeing ‘mission’ as something ‘special’ Christians do, the church is increasingly communicating that Jesus sends us out to continue his work and […]

There was more going on than ‘evangelism’

I wrote on Facebook: I called it an ‘evangelistic conversation’ but I really don’t like the term. ‘Evangelism’ can have negative connotations of conquest and for 200 years Africa has been the plaything of European imperial ambition (let alone the colonisation that came before that). This conversation highlighted that poignantly. […] 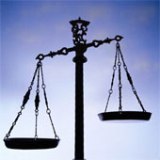 Late last semester I spoke at chapel on Mark 8 about denying yourself and taking up your cross to follow Christ. This is often a concept that others apply to Arthur and me as ‘missionaries’, which is ironic because this is a call to every believer. God forbid that ‘taking […]

A postcolonial reflection on church in Tanzania 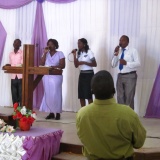 Let me paint two pictures of Tanzanian church services. The first is a Good Friday service. It’s long and the ministers are dressed up in their robes. It’s an Anglican service. And there’s something familiar about the way the congregation responds: the mumbled words after the Bible reading, the faces […]

A few months back, a JW called Glenn came to our door. Apparently he didn’t realise we live at a theological college – his opening line was, ‘Hi there, just wondering if you’ve ever read the Bible?’ We’ve seen him  a number of times since then. Sometimes he comes back […]

Signing up as missionaries: applying

Tamie and I have been seeking appointment by a missions organisation called CMS Australia. For us, this is the equivalent of ordination, as I mentioned in 2009. We’re currently in the thick of the CMS application process!

Move against the fear

Why Africa? Compared with where we’re heading, this video is about a different dimension of ministry, in different parts of Africa, from a different sending group. Yet it’s the same church, the same world, the same mission. “Why haven’t the missionaries returned? … In the past there were missionaries who loved […]