In The Woodlands, we’re introduced to Rosa who lives in a world dominated by ‘The Superiors’ who apparently rule her world in an effort to ‘correct our faults’ after Rosa’s people lost a war. The Superiors are obsessed with race and have implemented some sort of program of cross-breeding to […]

The English teacher in me surfaces every now and then so I still enjoy checking out Young Adult fiction.

Why we need ‘The Hunger Games’ 2 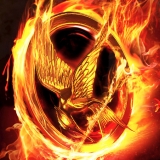 In my last post, I argued that The Hunger Games is nothing new – but that’s a good thing! Young adults need texts like this and they ought not to be censored for early high school readers. In this post, I want to address some specific concerns about the novel. […]

Why we need ‘The Hunger Games’ 1

I admit it. I’m a late-comer to The Hunger Games. I first found out about it on Jenny’s blog in 2010 and the feminist blogosphere has been discussing it for ages. But I only read it this weekend. You, like me have probably seen the hype around the movie; I’ll restrict […]