Well anyway, if you’ve got this far: I’m wondering if there’s any difference between cross-cultural and intercultural and how important it might be…

The two terms sound pretty synonymous at first glance — and I’m not especially interested in altering that perception! I’m more interested in how well the language I use reflects my own perspective and whether my language is as useful as it can be.

Tamie and I have been saying for some time now that we’ll be doing cross-cultural work, and I’ve never really used the term intercultural at all. Might one be a better fit than the other? 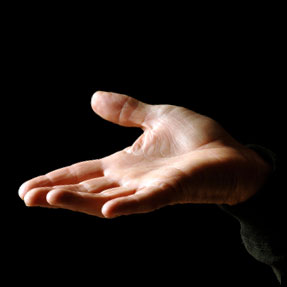 We’ll be working in Tanzania and, although we’re from Australia, we’ll be exploring a Tanzanian model of university ministry. Although we may well have something to offer from an Australian perspective, we’ll be seeking to work with Tanzanian students on Tanzanian terms. We speak of this as a partnership, by which we mean a genuinely two-way relationship, a relationship of real cooperation, a relationship in which we ourselves will be listeners and learners as much as anyone else.

Whatever shape this work will take, what’s central to it is that two-way relationship. So, come to think of it, cross-cultural actually sounds a bit one-directional — as if what matters is crossing from here to there, as if what matters is our perspective as the ones doing the crossing. It might suggest that when we cross over, we somehow remain unchanged!

Intercultural, however, sounds more two-way and more integrative. It implies two cultures working together, such that the end product is neither exactly one nor the other. It reflects that notion of full-fledged, two-way partnership.

I found this little article helpful, too. Mari González explains that both terms have their uses: cross-cultural refers to the comparison and contrasting of cultures, while intercultural refers to the meeting and interaction of cultures. She cites Lustig and Koester’s definition, which fits superbly with our own work: intercultural communication is “a symbolic, interpretative, transactional, contextual process”.

For me at least, there is a useful difference in terminology here. It also makes sense that our training college has labelled itself in terms of intercultural studies.