Emma Scrivener’s memoir of her battle with anorexia opens with the author, a 27 year old talented Bible college student blacking out as she suffers the effects of her condition. She asks this confronting question: is anorexia sickness or sin? Her answer is that Jesus came for sick sinners; you need medical and psychological help, but it is incomplete if it does not deal with the spiritual. This is more than simply saying, ‘anorexics need to know grace’; Emma bores down into her own issues and shows how the gospel shines a light on them. Her vulnerability as she uncovers her anorexia is astonishing, and I especially appreciated how she shows the massive ramifications of it for her husband and family as well. Anorexia wrecks relationships yet recovery must happen in the context of community; as she speaks of God giving her ‘a new name’ from Rev 3, she shows how this is a corporate thing. Scrivener says she loves to write and you can tell; it’s a pleasure to be swept along by her beautiful prose. I’m not sure how those currently facing anorexia would find this book, but as someone who’s had several loved ones struggle with mental illnesses including anorexia, I found it highly readable, confronting  in its subject matter and breathtaking in its theology. 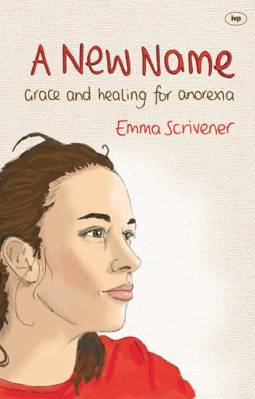 This book seems to be on every Book Club list at the moment and rightly so. Nick Dunne’s wife Amy disappears on the day of their fifth wedding anniversary and we pick up the story from his perspective on that day. At the same time, every other chapter is a diary entry from Amy, starting several years earlier. We meet two very different Nicks and two very different Amys in these accounts and we’re left wondering, what is the truth about their marriage? Without spoiling the plot twists, let me just say that the narration is unreliable, so halfway through, we meet another couple of versions of Nick and Amy and the reader’s attention is cast forward. We are no longer wondering ‘what happened?’ but ‘what will happen?’ I think the genre ‘psychological thriller’ fits this book best and I certainly found the plot thrilling and the characters intriguing.

This trilogy was described to me as ‘Christian romantic suspense’ which I approached with a more than healthy dose of scepticism. I generally avoid ‘Christian’ fiction but these books had faith as a background without feeling the need to hit the reader over the head with it. There are no conversion experiences, no lengthy prayers and no moralising. While both romantic leads are committed to chastity and modesty, that’s pretty understated and I quite appreciated the lack of sex scenes. The story follows Rachel, a farm girl from Montana who has kick-ass karate and shooting skills and finds herself entangled in a Homeland Security investigation into a possible terrorist attack. Her love interest is the lead agent on the investigation and, as it turns out, he’s a single Christian guy. You have to suspend disbelief on a number of different levels and I guessed the next move in the plot a few times, but in that sense it’s like watching a movie like Knight and Day. This triology is a super light, fun read and I reckon I’ll read the other series by this author for that reason.

I considered this required reading when I found out that Peter Cosgrove is to be Australia’s next governor general, and I’d heard that it was amusing. Indeed, you get a sense of a humble guy and a larrikin underneath all the military jargon. There’s no hint of ghost-writing here. Cosgrove clearly has an agenda in writing his autobiography: he’s proud of the defense forces and takes every opportunity to sing their praises. He’s not one-eyed, criticising decisions that were made about Vietnam (where he fought) for example, but he also doesn’t address broader criticisms of the defense forces such as about bullying or the treatment of women, considering any such incidents to be isolated and out of the ordinary. Cosgrove gives no indication of his personal political views which means he is stuck with inflammatory government language such as ‘illegal immigration’; perhaps this is to be expected since his job was to carry out government policy rather that to make it. This was a book that I didn’t particularly enjoy reading, but it humanises a public military figure and provides lots to reflect on.

This is a classic that I’ve never read and I can see why it’s got such a cult following. Adams has a genius for irony, is playful with language, and his imagination makes this a great cross-cultural read. However, I found it seriously lacking in both plot and character development. I was disappointed that despite Adams’ vast creativity, almost his entire cast of characters is male. There’s something deliciously satirical in the clarity with which Trillian assesses the final situation, but this hardly justifies her passivity up to that point. The novelty of the world kept me interested until about 3/4 of the way through the first book and then it was a slog, interrupted by fascinating little interludes that had little to do with the actual storyline.