Why is there a Playboy logo on cars in Tanzania?

It’s been a recurring question for me sitting in traffic in Dar es Salaam: why do so many Tanzanian cars have a Playboy logo on them? The bunny stickers are very common, even if they aren’t quite as ubiquitous as the Muslim, Christian and soccer signage used on daladalas (often in combination).

I naturally associate the Playboy logo with pornography, so to see these stickers in Tanzania has always been a bit surprising, even though I never assumed that Tanzanians actually read Playboy magazine.

But it can’t just be a sign of the creep of capitalism, either — another form of ‘cool’ — because other Playboy merchandise doesn’t seem to exist in Tanzania.

Why put this sticker on vehicles in this place?

And then my question evaporated. My perception had shifted.

It’s not a Playboy logo.

For the first time ever, what I saw was this. 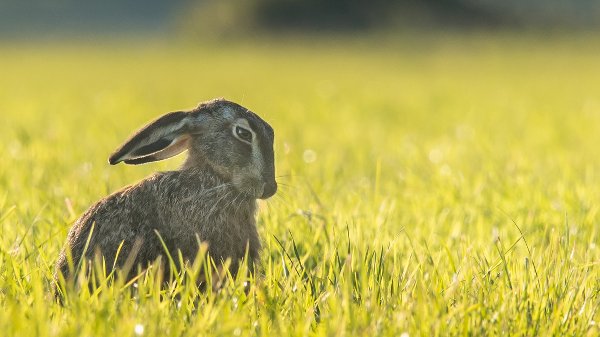 The sungura. The legendary symbol of cunning.

I double-checked with a friend the next day: why do people have a sungura on their cars? His answer: it means mjanja, a sneaky, crafty, cunning person.

In one sungura story, the lion pays a visit to the sungura because he’s looking for meat, and his usual prey isn’t coming to the party. The sungura is next on the list, but the sungura persuades the lion that his own cubs have much sweeter meat, and the lion goes off to eat the cubs. The lioness, enraged at the loss of the cubs, goes after the sungura down a burrow and grabs his tail. Yet she too is tricked when the sungura calls out that she hasn’t caught his tail, only a root.

That’s the sungura, always able to get out of a tight spot and save his own skin. An apt symbol for Tanzanian roadways.

(Some Tanzanians wonder whether the sungura — who could also be called deceiver, imposter, cheater — is actually a good role model.)

A rabbit is cute, bouncy, fun — but a rabbit and a sungura are not the same thing. A sungura is sly, slinky, a trickster. 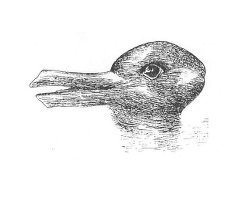 So the Playboy Bunny is a bit like the duck-rabbit. Except it’s not. The duck-rabbit is an ambiguous image specifically designed to induce perception shifts, while the Playboy logo is a brand identity designed to express a company’s character — yet in Tanzania it has taken on a life of its own, a life ready-made by Swahili folklore.

Tanzanians aren’t the only ones using the Playboy logo for their own purposes. As of last month, the word is that Playboy will no longer be publishing nude photos. The reason? Quartz says that Playboy clothing enjoys massive popularity in China and elsewhere in Asia, where the bunny has come to mean ‘premium mass-market apparel’. China has already given new meaning to the bunny image — people who may never have associated it with pornography in the first place — so Playboy has begun to abandon its original identity in response.

Culture really does change your point of view.