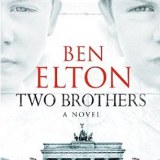 Two Brothers, Ben Elton I’m familiar with Ben Elton mainly through his writing of Blackadder but I’ll be going back for more of his novels. This one follows two boys who are brothers in every way except blood. One is adopted, which might not be such a big deal except […]

My votes this week

This week’s pop culture controversies according to the blue twin:

Christians have been debating truth vs. justice for a long time. Which is more important – gospel proclamation or showing Jesus’ love to others? As far as the testimony of the Bible is concerned, the answer is ‘yes’. You have to have both. Except in the Australian Election, apparently.

Last night, Julia Gillard was on Q and A and she acquitted herself exceptionally well. I’ve felt pretty betrayed by Labor in this last term but I felt just the teensiest bit won over last night. Here’s why.