I’m familiar with Ben Elton mainly through his writing of Blackadder but I’ll be going back for more of his novels. This one follows two boys who are brothers in every way except blood. One is adopted, which might not be such a big deal except he’s of Aryan descent in a Jewish family in Berlin in the 1930s. Most of the story takes place before the Second World War really gets going, highlighting the kind of psychological pressure the Nazi regime put Jewish people under even before they were rounded up for concentration camps. This is also a story about love and survival. Both brothers love the same girl and want to protect her, but have vastly different approaches. Meanwhile, whom she loves remains shrouded in mystery until the very end and I enjoyed that for most of the novel like I had no idea which way she would go. 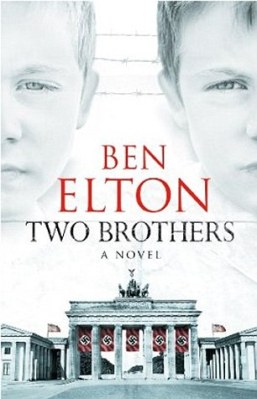 This is Marsden’s first book for adults and it’s a departure from both the action of the Tomorrow Series and the inter- and intrapersonal reflections of his other young adult novels like So Much To Tell You.  This is more like a yarn, following the story of Barnaby Fletch, a foundling in Dickensian England who is transported to New South Wales. I wonder if I would have enjoyed this more if I didn’t know it was Marsden; the language was appropriate to the setting but that meant it took a bit of getting used to, and at times the ‘historical’ kind of overshadowed the ‘novel’. Nevertheless, I sympathised with Barnaby and the ending is well worth it. I’d call Marsden’s first attempt at writing for adults a moderate success.

Julia Gillard’s ‘story’ is more like an apology, with detailed explanations of the players and circumstances of each political decision. Not being a total political buff myself, I felt I didn’t have the resources to evaluate most of her claims, but I certainly felt her passions, especially education. There’s been a lot of talk in the business world about how women are better leaders because they’re collaborative; whether Gillard was channelling that or not, something that definitely came across was her emphasis on teamwork, whether in her office, among the cabinet, or in building bridges with other leaders. While I appreciated seeing some more of her working, the story became pretty repetitive by about halfway through. Each chapter went something like this: ‘Here’s the situation I inherited and the problems that needed to be fixed. The Opposition put up these roadblocks because they were more interested in irrational negativity than in responsible governing; Kevin Rudd was undermining me in in these ways; the media were stupid. Despite all this carry on, we got on with the job, and these are the things I’m proud of.” She talks about mistakes, misjudgements and missteps as well, but for me, it was hardly riveting reading.

Race to the End of the World: The Mapmaker Chronicles, AL Tait

This is the first in a new adventure series for children. Quinn is the youngest of his family, a farm boy whose main task is helping his mam around the house, whose delight is reading and who has a special gift for memory. He’s recruited into a selection group to become a mapmaker and participate in a race around the world – the title of the book gives away that he is chosen for this task! The pre-modern worldview is well-executed, and while adolescent readers might see through some of the characterisation, the intrigue will have primary-aged readers going back for more. My only quibble with it as a novel for children is that it doesn’t come close to passing the Bechdel test – there is a female character, and she’s both likeable and plucky, but she’s the only one.