For the Joy book launch

Several years ago while we were in Dodoma I was asked to write a chapter for a book compilation of stories of Aussie missionary mums. For the Joy has now been published and launched.   “From the desert to the mountains, from remote far-flung places to some of the most […]

We’d rather have a backyard than do craft

Over Advent I did a series of Facebook posts of some of the activities I did with my boys: making a nativity set, angel wings, a game with a star that they follow, a puppet show. I periodically put some of our craft and sensory activities on Facebook, and generally […]

Long Days of Small Things opens with a quote from CS Lewis about how we don’t have to leave the world to find God, but rather to become awake to Him in our world. Catherine McNiel has written it for mums. She’s careful not to make being a SAHM the […]

Responses to a student’s question about joint bank accounts, and roles in marriage 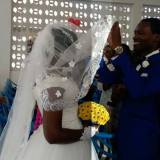 One of the TAFES staff asked for advice on Whatsapp from senior associates about a student’s question: Is married people having one bank account good or not so good? We ask for your view and experiences. What ensued was a fascinating discussion of husband and wife’s roles in marriage, that […]

The tiny humans who teach me about God

When Elliot turned one, he was given a shape sorter for his birthday. Despite our best efforts to interest him in it, he never played with it. But 4 years down the track, it’s getting a workout. Our little Callum loves this kind of play. Clearly a different character to […]

Making Sense of Motherhood brings together some work from writers of quite diverse Christian and Jewish backgrounds. Several of the chapters converge to form a polyphonic discussion of spirituality in motherhood which is more sustained than what Motherhood as Spiritual Practice offered. If contemplation is key to spirituality, as it so often seems, […]

On early motherhood the second time around

“You’ve got a healthy baby and that’s what matters.” I heard this over and over again after I had Elliot. It’s a terrible statement to make, because it sounds like the mother’s health doesn’t matter, just the baby’s. Of course we all want the baby to be healthy, but don’t […]