Songs we are singing

This is the current list of songs that one or both of us have memorised and sing at bedtime as part of our family liturgy. The Cardiphonia albums curated by Bruce Benedict have been a goldmine for us. I’m hoping that we can increasingly use the church year as a rubric […]

Coming Down To The Ground: Growing into environmental awareness 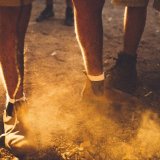 As the credits roll on the animated film WALL-E, Peter Gabriel sings, We’re coming down to the ground! There’s no better place to go! The song caps off the story about humanity returning to planet Earth generations after wrecking it — although WALL-E, EVE and friends are needed to wake […] 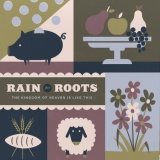 Rain for Roots, the people who made the kids’ music that didn’t make us want to claw our eyes out, have released a second album. While the last one did big picture of the Bible kind of stuff, The Kingdom of Heaven is like this zooms in on Jesus’ sayings […]

Guide to using ‘African music’ in your Aussie church

I commented here that I don’t think Aussie missionaries should try to make Aussies dance like Tanzanians, but there’s something appealing about the verve of African worship, isn’t there? You may well see something in the below video from our church that you want for your church.

Updated with new videos, June 2015. The pambio is a popular style of song in East Africa, and it’s the music we’ve been singing here in Dodoma. A pambio is a short chorus in call-and-response format. Sounds simple, right? But these could be the sounds of revival: deceptively simple phrases combined […] 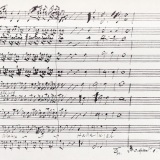