Evangelicals and the fundamentalist tendency 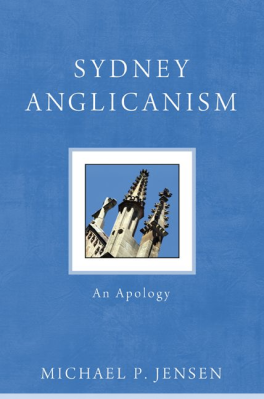 I recently wrote a review of Michael Jensen’s book, Sydney Anglicanism: An Apology (Wipf & Stock, 2012). The questions being asked of Sydney Anglicanism are good questions for any evangelical Christian, and the book prompted some further reflections for me. The nature of evangelicalism is something that Tamie and I have been exploring for several years now.

Jensen responds to the charge that Sydney Anglicans are fundamentalists in one of his early chapters. Part of his aim is to establish that ‘Bible-believing’ is not synonymous with ‘fundamentalist’.

He notes that fundamentalism is a real phenomenon, not simply a swear word. As he puts it, fundamentalism is ‘a kind of religious mentality that is most egregiously in evidence in a kind of epistemological double standard… that confidently asserts the objectivity and interest-free status of its own reasoning while at the same time decrying the prejudice and interest-laden nature of the reasoning of its opponents.’

My question goes something like this: how can we claim to hold Scripture as our final authority in a way that’s not fundamentalist?

On its own, to claim that Scripture is your final authority doesn’t make you a fundamentalist; it’s a mainstream Christian perspective, as Jensen says. However, Scripture is always interpreted, and ‘Scripture as final authority’ must always mean, at some level, ‘Scripture as we read it’. The thing is, it’s a treacherously small step from saying, ‘We’re Bible-believing Christians’ to saying, ‘We’re the true/only Bible-believing Christians.’ This is where we evangelicals face a recurring temptation: when we encounter others who also hold to the authority of Scripture, yet who differ from us, we’re inclined to claim this is because they do not truly recognise the authority of Scripture, and are disobedient. That’s where the fundamentalist tendency begins to show.

‘The remedy for a potential fundamentalism,’ says Jensen, ‘is not anything other than reading Scripture again and again’. If indeed we are ‘always reforming’ (semper reformanda), we cannot presume that truth is constrained by our perception of it. But if this is the case, then it is not enough to guard our doctrine. We need to practice unity, without which doctrine is hollow. We need not only to re-read Scripture, but to read it alongside others.

The women in ministry issue is perhaps the most pertinent example here. It’s been a hot-button issue for a while, and it’s recently flared up again following the publication of a book by a Sydney Anglican, John Dickson’s Hearing Her Voice: A case for women giving sermons. Towards the end of An Apology, Jensen defends the Sydney Anglican perspective on gender — but to really head off the charge of fundamentalism, I’d like to hear Sydney Anglicans reflect on how they might work together with evangelical Christians who think differently on this issue. This would be a great proving ground for the robustness of Sydney Anglican evangelicalism.