Having never read even one book about Iceland before, this year I have read two historical fiction novels set in Iceland. 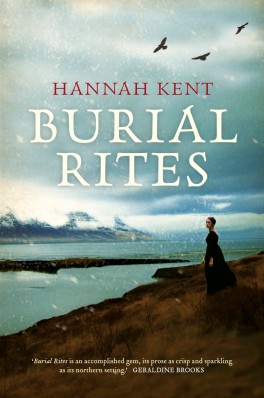 The first is Burial Rites, written by an Aussie, Hannah Kent, who did a Rotary Exchange in Iceland and was inspired by the story of Agnes Magnusdottir who was executed for her part in a double murder in the early 19thC. Kent re-imagines Agnes’ final days as she lives with a local law enforcement officer and his family and is visited by a young pastor. Aside from the question of whether Agnes actually committed the crime of which she’s accused, this novel deals with the issue of how you relate to a convicted murderer. How much do you trust her? How much do you listen to her? Is there any way for her to find redemption? How do you view a body which is condemned? Is how she views herself important? There was something both raw and lyrical about the writing, and the characters were personable and human. It’s a serious subject matter but a beautiful novel.

On the Cold Coasts also follows the story of a disadvantaged woman, Ragna, but it’s set against a much more political backdrop. Set in the 15thC, there’s Denmark’s colonisation of Iceland, plus English economic interests, as well a great deal of church politics. For that reason, much of it went over my head which was a shame because the plot twists rely heavily on the political manoeuvres of certain characters. Davidsdottir writes in Icelandic, and perhaps the backdrop is more discernible for that audience. Nevertheless, I found the story compelling and was intrigued to know whether it would end up as a tragedy or with a happy ending. An early defining moment for both Ragna and the narrative is her public ‘churching’ or condemnation for having a child out of wedlock. As a result, her betrothal to the handsome and powerful Thorkell breaks down and as a ruined woman, she has no status in the community. Ten years later, she’s a housekeeper in the Bishop’s house and Thorkell has become a priest but the two begin a dark and illicit affair. Thorkell is a despicable character but the genius of Vilborg Davidsdottir’s writing is that amidst my frustration with Ragna for her infatuation with Thorkell, there were still moments when I was swept up in her hope for a future with him.