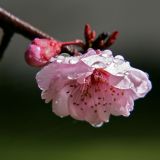 The thing about moving a lot is that it’s hard to work out where home is. While we were in Melbourne, we missed Adelaide. But Melbourne grew on us and now that we’ve moved back to Adelaide, I realise that Melbourne has turned me into a cafe snob – Adelaide […] 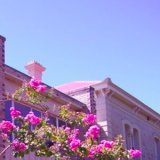 As I come to the end of my time at Ridley, I’ve been doing some reflecting on whether, given my time over again, I’d make the same decision and choose Ridley again.

Almost a soft spot for Melbourne

The arrogance of Melbournians never ceases to amaze me. They consistently and forcefully state that Melbourne is the best city in the world, often with very little data to compare it to or experiences of living elsewhere. However, almost three years down the track, I almost have a soft spot […]

This is our final year of theological college (third year of the MDiv) and our last 18 months in Melbourne. What will it mean for us to flourish? Space to thrive. We took on heaps last year — ten college subjects is a lot! Having overloaded, we’ve got a bit […]

Sudan: history of a broken land

Sudan is Africa’s largest nation. As I write this, it is about to split in two. This time it will be official. The South is currently holding a referendum that will almost certainly result in a call for its independence. I have friends among the Melbourne voters for whom this is […]

There are eight blogs, or rather bloggers, who I find particularly significant, all Australian. This list has come together organically, but it turns out to have a breadth of perspectives across theory and praxis. These are the bloggers through whom I’ve found myself expanding my vision — they’re somewhat close […]

In the lead up to the recent CBE conference, which Tamie has already reflected on, The Age published a local write-up of the quarrel between egalitarians and complementarians in Melbourne Anglicanism. We’ve heard some people worry about the article’s inaccuracies, yet it has at least one thing exactly right: Christians […]